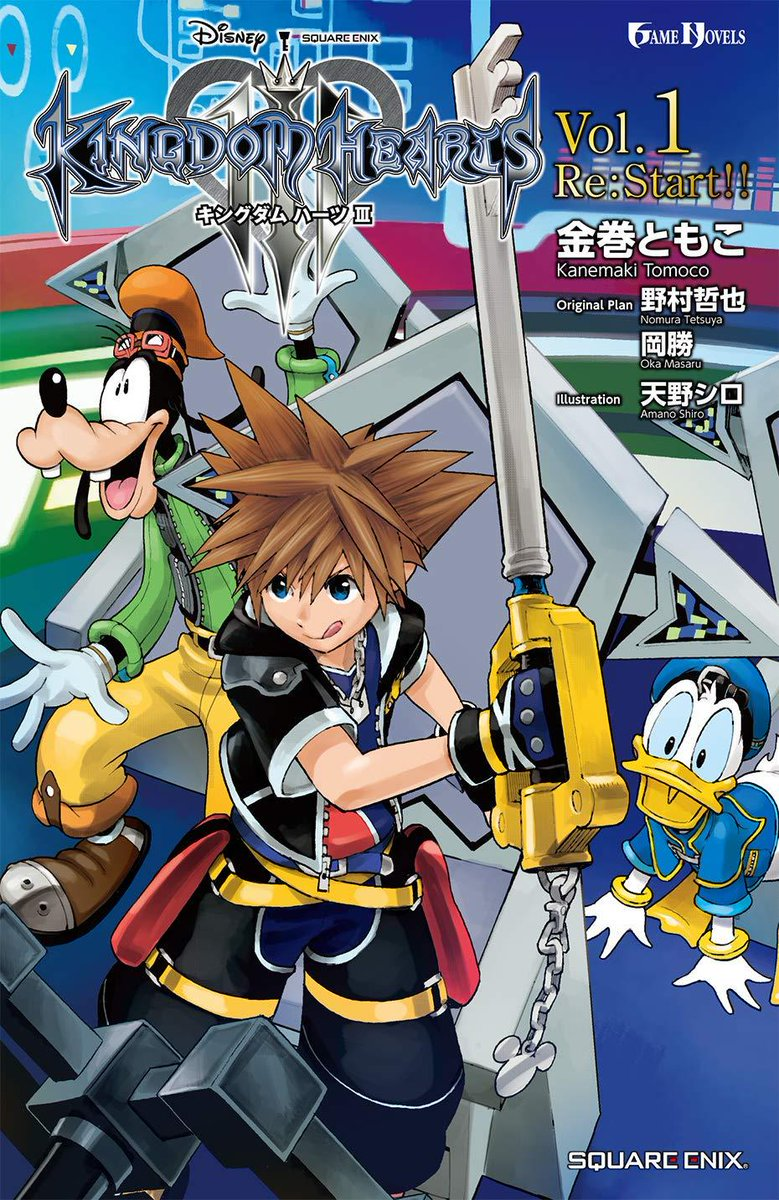 The Kingdom Hearts III manga continues to be published online by chapter. In Japanese, chapter 2 was released on June 26, Chapter 3 was released on July 25, and Chapter 4 was released on August 22, all on GANGAN Online.[1] The next chapter will be published September 26. In English, Yen Press publishec Chapter 1 on June 18, Chapter 2 on July 23, and Chapter 3 on August 20.[2][3][4] YenPress also revealed that it will publish the first volume of the Kingdom Hearts III novel, set to release on February 18, 2020.[5]

The second title set to be published by Scholastic is not titled, but will be the first in a middle-grade series by Brooke Vitale, and will be 208 pages long.[8] It will be published on May 5, 2020, and was originally described as follows:

Interestingly, however, both descriptions have since been taken down after the folks at Kingdom Hearts Insider reached out regarding the alleged canon, new story of the new novel series. KHInsider confirmed that this had happened.[9] In any case, the new novel series will surely be exciting to have, with since the novel will take us into the world of Kingdom Hearts from the perspective of a new author in Brooke Vitale.

These latest updates are all exciting for those who love the story of the Kingdom Hearts series. Let us know if you're getting any of these new books!