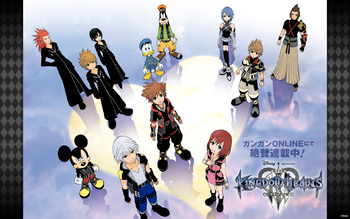 It's been four months since the release of Kingdom Hearts III, and we're already starting to get the official manga adaptation of the most recent title in the series. Thanks to YenPress, we now have the first volume in the Kingdom Hearts III manga!

The prologue chapter, also listed as Chapter 0, was published by YenPress on May 29, and is now available for purchase from Amazon, Barnes & Noble, and more! Additionally, long-time Kingdom Hearts manga artist Shiro Amano announced via Twitter that, after multiple delays, the first chapter of the Kingdom Hearts III manga would be published in GANGAN Online on June 3 in Japan. There are, as of now, no known plans to publish the rest of the series in English, but we would assume that that will be happening soon. The prologue chapter first released in Japan in March of this year in GANGAN Online already.

Will you be buying the latest addition to the manga series?