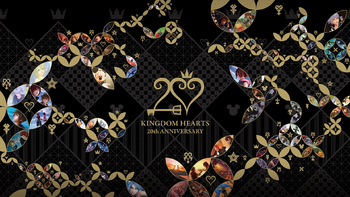 Just over two months away from the Kingdom Hearts 20th Anniversary, Square Enix announced today that a mini-concert, chat and Q&A with the development team, and an exhibition is to be held on April 10th, 2022 in Tokyo at the Shibuya Hikarie. [1] This 13 days after the actual anniversary on March 28. A video of the event will be made available at a later date.

In the meantime, March Caprice will be held on March 26th-27th, the 20th anniversary is on March 28th, and we still have Kingdom Hearts Dark Road coming sometime this winter. Lots of things to look forward to for Kingdom Hearts fans this season!