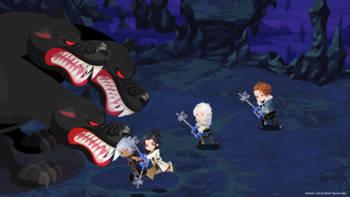 The finale of the title which explores why Xehanort became a Seeker of Darkness has been delayed repeatedly since its original release window of fall 2021, following the conclusion of Kingdom Hearts Union χ. During the final Mr. Sakurai presents presentation in October, Square Enix and Disney announced the game had been delayed to winter of 2021. Then, in mid-March of this year, it was announced that the game had been delayed again. Now, the long-awaited finale is set to release in August.

Will you be playing the finale to Kingdom Hearts Dark Road?