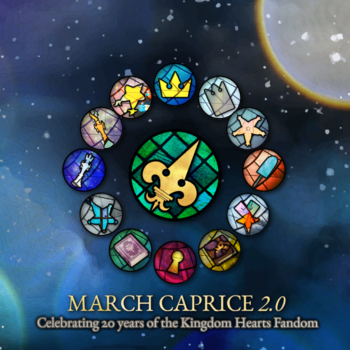 The highly-anticipated start of this year's March Caprice: A Celebration of Kingdom Hearts virtual fan gathering event has begun! The event, which this year will last three days, features a variety of content creators showing off a whole slew of different projects and work, from video essays and live streams, to music videos and artwork, to merchandise and written works. The event will be entirely virtual, being hosted both on the creators' individual video channels and on the March Caprice website. A complete schedule of the event can be viewed at https://www.marchcaprice.com/schedule. Featured art, merchandise, and writing can also be found on the website at https://www.marchcaprice.com.