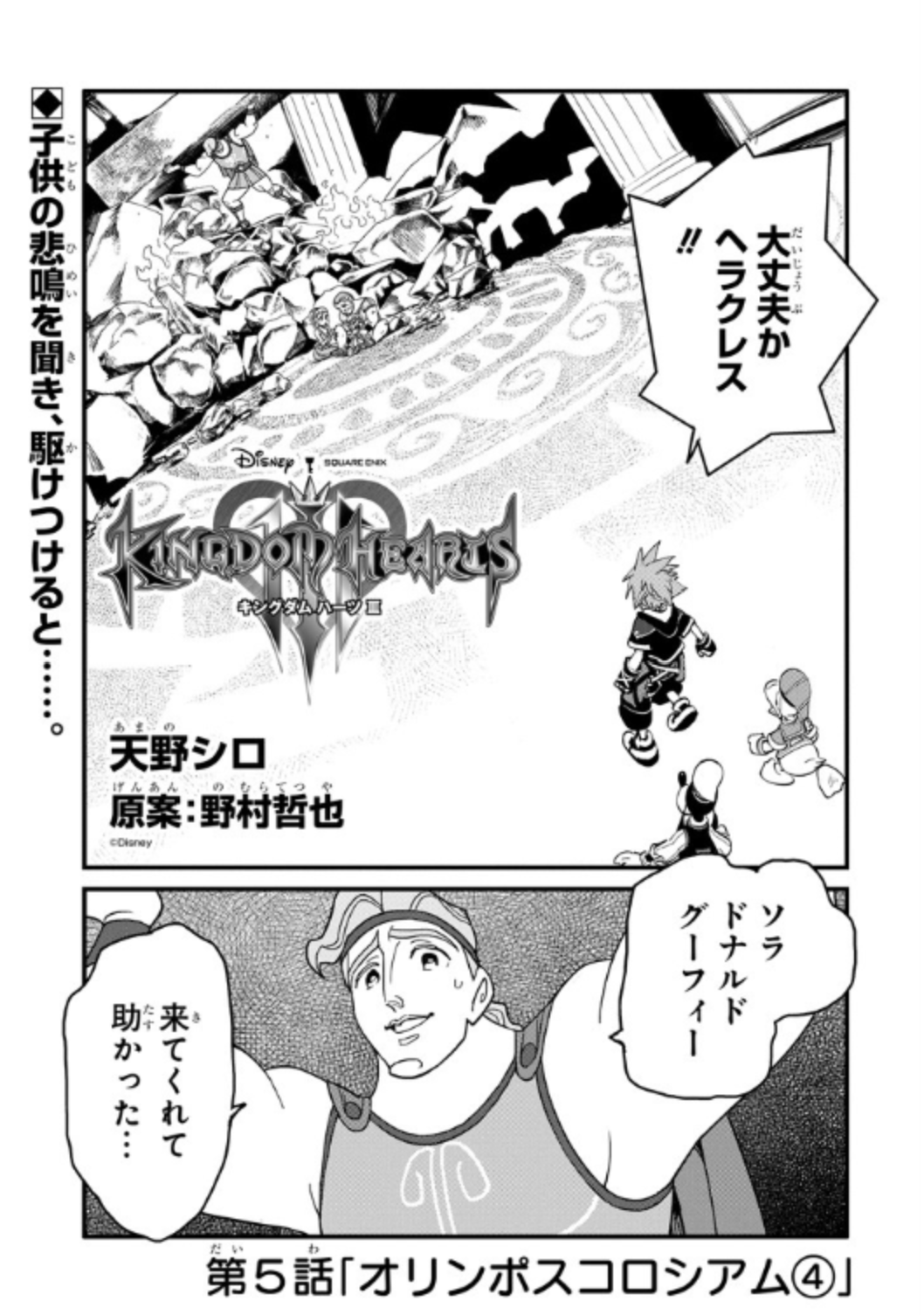 The Kingdom Hearts III manga continues to be published by chapter, with Square Enix releasing Chapter 5 through Gangan Online on September 30. The latest chapter follows the events of Kingdom Hearts III, from "The Collapsing Building" to "Hades Makes His Move" in Olympus. You can read the chapter here.

Chapter 5 was originally scheduled to release on September 26, but was delayed for unknown reasons. According to Gangan Online, the next chapter is set to release on November 7.[1]