News:Rutger Hauer, voice of Master Xehanort, passes away at 75 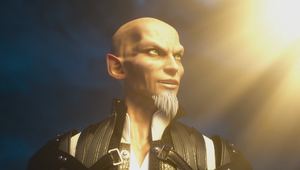 Dutch actor Rutger Hauer, the voice of Master Xehanort in the English version of Kingdom Hearts III, has died, his agent revealed today to The Hollywood Reporter.[1] He was 75.

Best known for his role as the replicant leader Roy Batty in the 1982 science-fiction film Blade Runner, Hauer voiced the dark seeker in the concluding title of the Dark Seeker Saga.

Hauer was born on January 23, 1944 in Breukelen, Netherlands, and began his acting career in 1969. An environmentalist and AIDS awareness activist, he is survived by his wife, Ineke, whom he married in 1985, and his daughter, actress Aysha Hauer. He died on Friday, July 19, 2019, in Beetsterzwaag, Netherlands, as a result of a short illness.

Hauer is now the fifth voice actor to have passed away having voiced in English a major character in the Kingdom Hearts series. Previous voice actors to have passed away having voiced major characters in the series include Wayne Allwine (King Mickey Mouse), Eddie Carroll (Jiminy Cricket), Leonard Nimoy (Master Xehanort), and Sir Christopher Lee (Ansem the Wise).