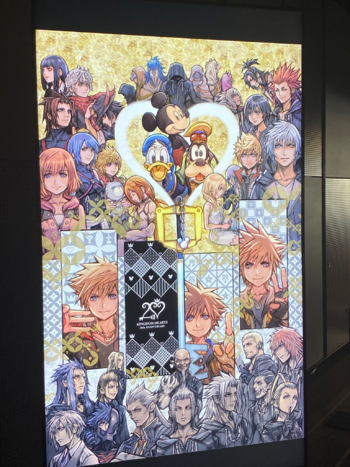 An artwork piece by Kingdom Hearts series director Tetsuya Nomura was finally unveiled at the Kingdom Hearts 20th Anniversary celebration event in Tokyo, Japan today. The piece, first teased by Nomura on the series' actual anniversary in March, features all of the main characters from the series, with the exception of the new characters in Kingdom Hearts Dark Road. Check it out! 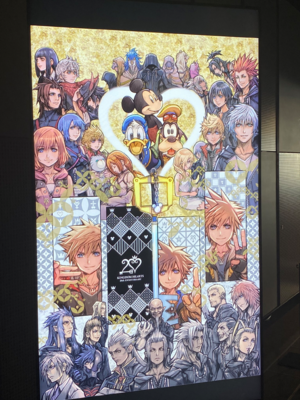 An updated version of the piece was revealed after the release of a new trailer announcing the development of Kingdom Hearts IV. The updated version features Sora, as see in the upcoming title, holding up the number four. 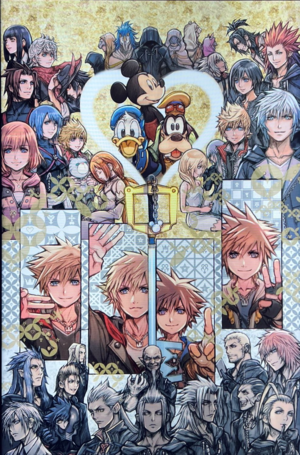 What do you think of the artwork piece? Be sure to let us know!