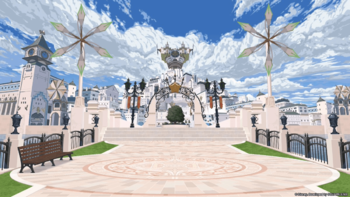 In January, Square Enix announced an upcoming mobile title, called Kingdom Hearts Dark Road. The title, set to release on iOS, Android, and FireOS, was set to release in the spring of 2020. However, the world has changed significantly since the game was announced in January. Since then, news on the mobile title has been absent.

Until today. This evening, the official Twitter account for Kingdom Hearts Dark Road announced that the game has been delayed.

The team had been working to release the game in the spring, but it now appears that will not be possible. There's no word on a new release timeframe. Instead, Square Enix announced that an announcement will be coming sometime next month.

The announcement comes amid the novel coronavirus's impact on the world, including the video game industry. Other studios have delayed game releases and announcements as the world has shifted to remote working. We continue to hope that everyone, both among the community and the team at Square Enix, remains safe during this time.