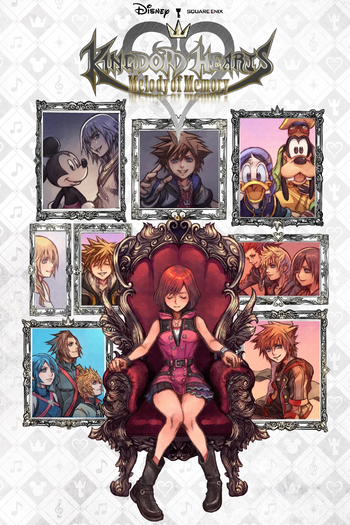 Last week, news broke that the Kingdom Hearts Melody of Memory demo had been listed in the Microsoft Store.[1]. Tonight, an automated Twitter bot known as "PSN releases" has posted that the demo has now been listed in the North American and European PlayStation Stores!

The bot is known for automatically notifying about new releases in the PlayStation Store, so this development is significant, suggesting the release of the demo is not far off. Aside from the promise that the demo would be arriving in mid-October, neither Square Enix nor Disney have released an official release date for the demo. Let us know what you think!