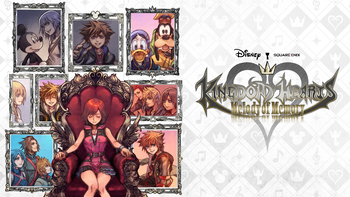 The latest title in the Kingdom Hearts series, Kingdom Hearts Melody of Memory, is now officially available worldwide. The rhythm-action game, now the fifteenth entry in the series, released on Wednesday, November 11, in Japan, and releases today throughout the rest of the world. We've got all the coverage for you right here on the game's long-awaited release, so don't miss out on the fun and excitement!

I believe music and memories are closely tied together, and looking back on various moments in the KINGDOM HEARTS series, I'm sure many of your favorite memories are tied to its music. We created KINGDOM HEARTS Melody of Memory to celebrate those moments.

I hope that as you play KINGDOM HEARTS Melody of Memory, you are able to fondly recall your favorite moments and music from the series, and the powerful memories behind them![1]