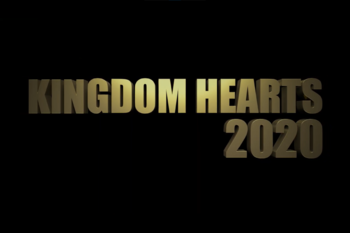 A new trailer was published this morning by Square Enix, revealing details for the future of the Kingdom Hearts series. Series director Tetsuya Nomura revealed the new trailer, which launched at midnight in Japan, was originally meant to release back in April, but had to be delayed. The trailer appears to have plenty of information on what to expect for the Kingdom Hearts series this year.

The opening has some important and interesting details. In the midst of cover art from the series and transitioning into scenes from the games, there are moments where one can see some digrams. One, titled "Kingdom Hearts series 2nd Phase", shows Kingdom Hearts III Re Mind, Kingdom Hearts Dark Road, and Kingdom Hearts Melody of Memory, suggesting these are part of the next chapter in the series. There are also two more blank boxes to the right of these three, suggesting at least two more titles in this new saga. Five more boxes appear beneath these boxes, with arrows between both sets of boxes. However, it's unclear what the arrows and the second group of boxes mean.

The first segment of the trailer goes into Kingdom Hearts Union χ. The trailer reveals that the final chapter of that game has arrived, suggesting the game's main story will be wrapping soon. How soon, however, is still up in the air. After all, "final chapter" doesn't really mean anything in terms of timing or quest amounts. Because the trailer launched two months late, most of the scenes in the trailer have since released in Japan and some of them have released in quests in the global version of the game.

Kingdom Hearts Dark Road is next. The trailer features gameplay and some scenes of Xehanort's story on Destiny Islands. It ends with a release date of June 21, 2020. The release seems to only apply for the Japanese version of the game.

Next, Square Enix announced the upcoming release of the highly-anticipated Kingdom Hearts III official soundtrack. The soundtrack will release this fall, with more news coming soon.

The title stealing the show is Kingdom Hearts Melody of Memory. The fifteenth title in the Kingdom Hearts series, the game is the first rhythm-action title in the series and features 140 tracks. It has four modes, including an online and two-player mode. The trailer also shows some scenes from the game. The scenes feature Xehanort as an apprentice talking about the "melody of memory", as well as Kairi talking to someone and saying they changed her destiny. The game is expected to release this year worldwide on the PlayStation 4, Xbox One, and, for the first time in series history, on the Nintendo Switch.

The final piece of news today came in the form of new figurines. The campaign, called "Kingdom Hearts: Second Memory", features two figurines, one with Axel and Roxas, and the other with Roxas and Sora. The figurines will be available only via a lottery in Japan.

What did you think of all the news? Let us know what you think and stay tuned for more news and information!