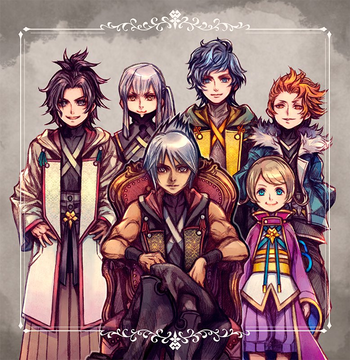 Square Enix announced tonight that the impending 5.0.0 update for Kingdom Hearts Dark Road has been delayed. The update was set to release late this month, but with September coming to a close, Square Enix has now announced they are postponing the release.

Unfortunately, there's now no word on when the update will be releasing. The announcement, made via the game's official Twitter account, states that an upcoming follow-up announcement will be made with the update's release date.

Kingdom Hearts Dark Road was announced back in February of 2020, and dives into the story of Xehanort while an apprentice in Scala ad Caelum. The game was released in June 2020 within the Kingdom Hearts Union χ app. After only two chapters were released, series director Tetsuya Nomura announced that the game would be going offline in February 2021. When the game finally concludes, the series will be entering its first complete dry spell since 2013, assuming nothing else is announced before then.

We'll be keeping an eye out to see when the game's finale is released!