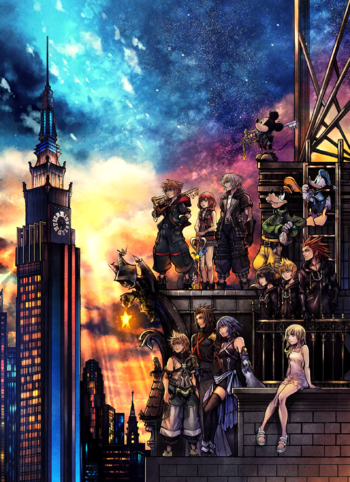 It's the single most-anticipated title in Kingdom Hearts history. Now, after over five years of development, the long-awaited Kingdom Hearts III has released in Japan!

As previously announced by series director Tetsuya Nomura, update 1.01 is now available for the Japanese release of the game. The update also feature the Memory Archive, a series of videos that summarize the story so far.

Are you getting the Japanese version? Let us know what you think of the game!