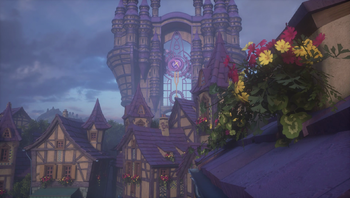 At 10:00 AM JST today, Square Enix began maintenance on the Japanese version of Kingdom Hearts Union χ, marking the end of the mobile game in that country. The title, which released in Japan on September 3, 2015 in Japan, ran for nearly six years, detailing the events following the legendary Keyblade War of the Kingdom Hearts.

The game will be updated, per previous announcement, to version 4.4.0. This version will allow users to watch the entire story from beginning to end via Theater Mode. It will also be possible to customize the playable Keyblade wielder avatar, change Keyblades, view previous records, and play the five minigames from the Classic Kingdom section of the game. The game itself, including story, event, and Coliseum quests, will be unplayable. Instead, the game will be completely offline following the update. Kingdom Hearts Dark Road will be receiving the same treatment when the game concludes in September.

Kingdom Hearts Union χ, originally released as Kingdom Hearts Unchained χ, initially served as a retelling of the events of the Keyblade War as depicted in Kingdom Hearts χ. It later was revealed to be a reliving of that first title's events through the eyes of the same Keyblade wielder that had somehow survived the war. Despite its inconsistent story updates, especially later on in its life, and the frustrations many expressed with its gacha-based gameplay mechanics, the game gained a strong and fond following. To date, it's the longest-running mobile game in the Kingdom Hearts series.

Maintenance is expected to conclude at 1:00 PM JST today.