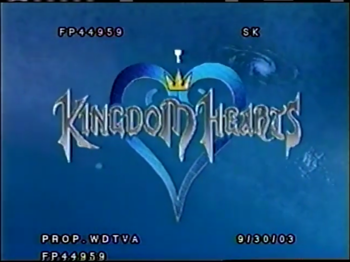 Seth Kearsley premiered an unseen pilot from the cancelled 2003 television series based on the Kingdom Hearts series tonight on YouTube. The eleven-minute pilot, featuring mostly storyboards, features a story based on the Agrabah chapter of the original Kingdom Hearts. You can watch the complete pilot below:

The premiere of the pilot follows more information from Seth Kearsley, who served as the show's producer and director, regarding the show, including that it did well with test audiences and that the cast list featured most of the original cast. It also is a separate, older project from the rumored Disney+ show from 2020. Let us know what you think of the pilot!