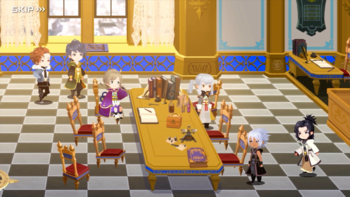 This week, the Kingdom Hearts community was treated to a new trailer featuring several announcements for the series in 2020[1]. That trailer has been released in English, and with the trailer's release, we now know that Kingdom Hearts Dark Road will release on June 22, 2020 globally.

Let us know if you plan to play the game on launch next week!