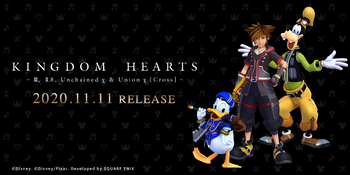 According to the soundtrack album's website, there will be two bonuses. Additionally, an online campaign is set to launch in September for the soundtrack, with five winners receiving signed autographs from Yoko Shimomura, Takeharu Ishimoto, and Tsuyoshi Sekito. It's now available for pre-order for 12,000¥. There's currently no word on the worldwide release of the album. Will you be pre-ordering the soundtrack?