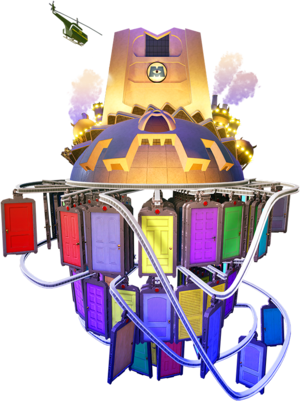 Monstropolis is a world that appears in Kingdom Hearts III. It is based on the 2001 Disney/Pixar film Monsters, Inc.

The world was first revealed at a trailer for Kingdom Hearts III at D23 Expo Japan 2018. Before it's reveal in February, however, thirteen screenshots of the development of the world leaked on December 15, 2017.