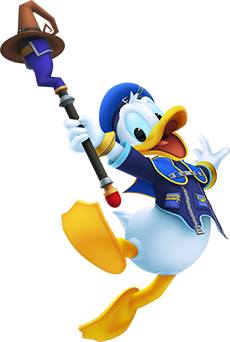 Donald Duck is the royal court magician at Disney Castle and a major protagonist of the Kingdom Hearts series. He journeys with Sora and Goofy on their adventures to fight the darkness. Donald generally fights using magic with his staff.