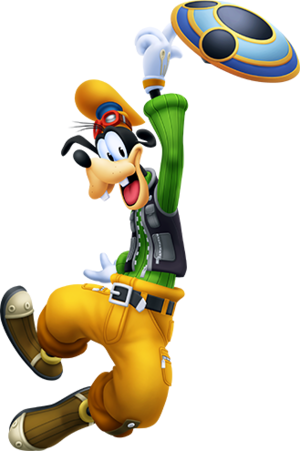 "All for one, and one for all!"
Goofy, Kingdom Hearts

Goofy is the Captain of the Royal Knights at Disney Castle, and a major protagonist in the Kingdom Hearts series. He journeys with Sora and Donald Duck on their adventures to dispel the darkness. Goofy often fights using his shield.

Goofy joins Sora and Donald once more to thwart Master Xehanort's plan to forge the χ-blade.