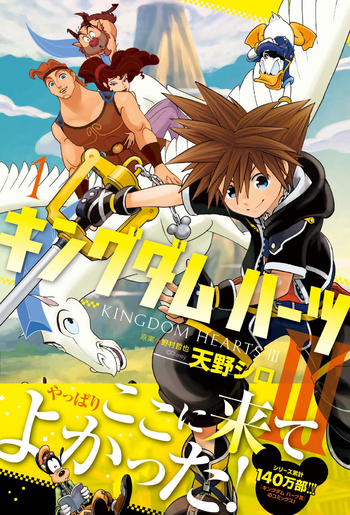 The first print volume of the Kingdom Hearts III manga will be coming to Japan on April 11, 2020, as listed in Amazon.co.jp.[1] The series, once again illustrated by Shiro Amano, has been releasing as individual chapters online by both GANGAN Comics in Japanese and YenPress in English. The upcoming release, however, will be the first print version of the series, and will cover Sora, Donald, and Goofy's journey through Olympus, as told in Kingdom Hearts III.

Volume 1 is now available for pre-order ¥660. Will you be getting the print manga volume?