News:Kingdom Hearts series coming to Xbox One in 2020 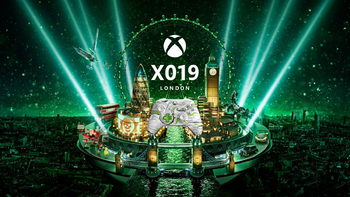 Microsoft kicked off X019 London, its annual celebration of all things Xbox, with a special episode of Inside Xbox. During today's presentation, which was presented live on Mixer, series executive producer Ichiro Hazama announced that the entire Kingdom Hearts series will be releasing on Xbox One in 2020! Next year, Kingdom Hearts HD 1.5 + 2.5 ReMIX and Kingdom Hearts HD 2.8 Final Chapter Prologue will be releasing for Microsoft's popular video game console.[1] The announcement means that the Xbox One will become only the second console to host the entire series, with the recently-released Kingdom Hearts III having released on Xbox One at the game's worldwide launch in January this year.

In addition to the upcoming release of the entire series for Xbox One, Square Enix also announced the release of a free downloadable demo for Kingdom Hearts III, featuring sections of Olympus and Toy Box. The demo is available now both in the Microsoft Store for Xbox One and the PlayStation Store for PlayStation 4. Additionally, the progress made in the demo can transfer to the actual game! To make this possible, an update also rolled out for the full title, bringing the version to 1.06.

If you have an Xbox One console, let us know if you'll be playing the series!