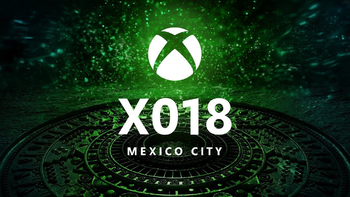 Microsoft brought back its X0 event this year, hosting it along with its fourth annual Xbox FanFest in Mexico City, Mexico. As part of the exciting event, Square Enix showcased a new trailer for Kingdom Hearts III, as well as some information from Executive Producer Shinji Hashimoto!

About twenty minutes into the special episode of Inside Xbox, a brand new trailer was revealed, introducing the latest world in the series, the 100 Acre Wood. The trailer also shows off various scenes from Twilight Town, Kingdom of Corona, and San Fransokyo, as well as the first dialogue by both Demyx and Master Xehanort.

A discussion was held with Executive Producer Shinji Hashimoto. He revealed that the 100 Acre Wood would have a series of puzzle minigames, to add to the list of already-known minigames. He also quickly explained the story of how Kingdom Hearts came to be, explaining that a Disney producer approached Square in the infamous elevator incident. Finally, he explained that the hardware in Xbox One X is being used to depict the sea, the detail on the character models, and the verticality in all the worlds.

Shortly after the trailer premiered at X018 and went live on YouTube, Series Director Tetsuya Nomura announced on Twitter that another trailer for the game would release later this month, and multiple trailers would be releasing in December in preparation for the game! Are you excited to play with Winnie the Pooh in the 100 Acre Wood again?

This article has been updated above with information from X018. The original article follows:

Microsoft will be holding their first X018 conferences in years, an event traditionally filled with major news and information from the world of Xbox, and Kingdom Hearts III will be featured at the event. While the demo is being featured at Xbox FanFest in Mexico City starting today, X018 on Saturday will feature a new episode of Inside Xbox and, with it, a trailer for the upcoming title! You can watch Inside Xbox live on Mixer, Twitch, YouTube, Facebook, and Twitter!

The episode started at 3:00 PM CST. For convenience, we've listed the time of the event worldwide below: