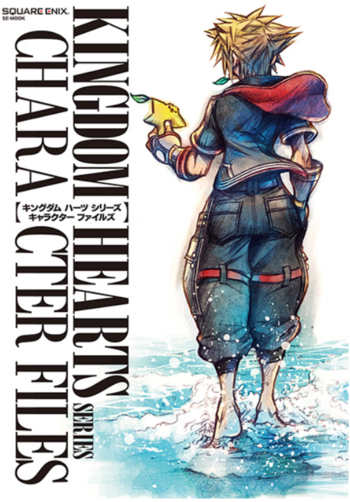 News surrounding the Kingdom Hearts is mounting as the release of the series' first downloadable extension, Kingdom Hearts III Re Mind, approaches. Now, a new book has shown up on the Japanese Square Enix e-Store titled Kingdom Hearts Series Character Files, and it's exactly what you think it is—and maybe a bit more.

At this time, the book is described on the Square Enix e-Store as a 224 page book covering over 200 characters from across the series. It's divided so far into four chapters: The Guardians of Light, The Real Organization XIII and Seekers of Darkness, World characters, and Past Keyblade wielders. It will also have a short story written by Tomoko Kanemaki, famous for writing the novel adaptations of the Kingdom Hearts series. That story will focus on the one person deeply involved throughout the series, Xigbar.

Kingdom Hearts Series Character Files is set to release on February 20, 2020 for ¥3,080 ($28.19 USD). At this time, there is no indication the book will release outside of Japan. Will you be buying the book?