News:Sora earns Guinness World Record for most appearances as the hero in a Square Enix RPG 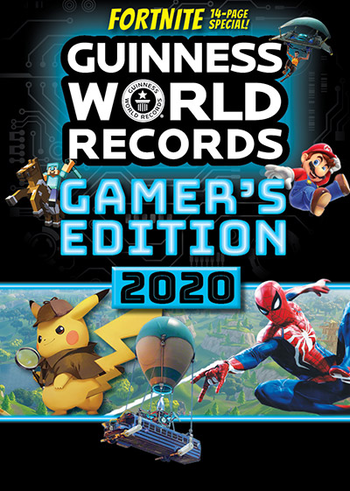 Sora joins other video games and characters like Sonic the Hedgehog, Detective Pikachu, and Spider-man in the upcoming world record book Guinness World Records Gamer's Edition 2020, set to release on September 5[2]. In fact, as a result of the record, both Sora and the words "Kingdom Hearts" are featured on the back cover of the upcoming book. Let us know what you think about the record, and any other records in the book, on our discussion page!