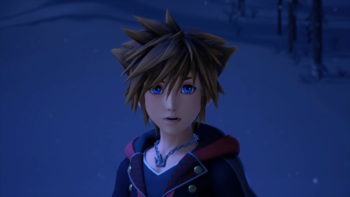 It's that time of year! The biggest gaming conference in North America takes place this week in Los Angeles, California, United States! This year, the conference aligns with the Kingdom Hearts Orchestra -World Tour- premiere in Los Angeles, and Square Enix announced it would have a showcase on Monday, June 11. We have all the Kingdom Hearts III coverage right here to help you catch up on anything you miss!

At the end of the 2018 premiere of the Kingdom Hearts Orchestra -World Tour- in Los Angeles on Saturday, June 9, series director Tetsuya Nomura revealed a new trailer for attendees. The trailer featured an exact release date for the long-awaited game title Kingdom Hearts III, which will be releasing on January 25, 2019 in Japan and January 29 internationally. The cause for the delay is still not known, but it is exciting to finally have an exact release date for the game!

During Microsoft's Xbox E3 2018 conference on Sunday, June 10, Xbox executive Phil Spencer unveiled a new trailer for Kingdom Hearts III. The trailer begins by revealing a new world based on Disney's successful 2013 film Frozen. It also reveals the return of Larxene as part of the new Organization XIII, and features scenes from the Gummi ship battles, Toy Box, Monsters, Inc. world, Olympus, and the new Frozen-based world. The trailer ends with a revelation no one saw coming.

The trailer itself is unexpected, as most believed that Square Enix would reveal more info during their showcase on Monday rather than during Xbox's conference. Nevertheless, the trailer is most welcome!

Kingdom Hearts III closed out Square Enix's E3 Showcase this morning, with a brand new trailer. The trailer is new, but the scenes mostly aren't; with little exception, all the scenes were in either the Sunday afternoon Xbox E3 trailer, or mentioned as having appeared in the private Orchestra trailer from Saturday night. Nevertheless, it marks the second trailer in 24 hours that Square Enix has revealed, and it featured Xigbar, Ienzo, and the gang from Twilight Town.

Despite all the news and excitement, the revelations aren't over. Later Monday night, during Sony's PlayStation E3 Conference, a new trailer was shown off revealing a new world based on the Disney live-action film Pirates of the Carribbean: At Worlds End. The world marks the second returning Disney world, though it's not named Port Royal again. The trailer showed off Captain Jack Sparrow, Will Turner, Elizabeth Swann, Joshamee Gibbs, Tia Dalma, and Captain Hector Barbossa. There's also various scenes from the new world, now called The Caribbean, including a pirate ship battle, as well as more scenes featuring Elsa, Larxene, and now Luxord returning to the fray!

Tomorrow, Kingdom Hearts III will be discussed briefly during PlayStation's Live from E3 show. Square Enix also revealed that the gameplay demo for Kingdom Hearts III would be featured during its "Square Enix Presents" later this week, on Thursday. IGN also mentioned that there will be more news later in the week. What's been your favorite part of E3 so far?